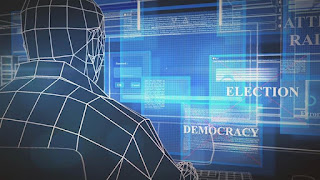 Weakness in digital communications systems allows security to be bypassed, leaving users at risk of being spied on.

Governments want to spy on their citizens for all sorts of reasons. Some countries do it to help solve crimes or to try to find "terrorists" before they act.
Others do it to find and arrest reporters or dissidents. Some only target individuals, others attempt to spy on everyone all the time.
Many countries spy on the citizens of other countries: for reasons of national security, for advantages in trade negotiations, or to steal intellectual property.
None of this is new. What is new, however, is how easy it has all become. Computers naturally produce data about their activities, which means they're constantly producing surveillance data about us as we interact with them.
Corporations are doing it for their own purposes; collecting and using this data has become the dominant business model of the internet. Increasingly, governments around the world are ensuring that they too have access to the data, either by mandating that the companies give it to them or surreptitiously grabbing their own copy.
Read more here.
Posted by Spy vs Spy at 6:39 PM No comments:

Corporate spying costs billions, can it be stopped? 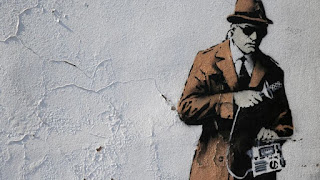 Hotel giant Hilton wanted to develop an all-new luxury hotel chain called Denizen to satisfy a growing market for high-end accommodations. Its competitor Starwood thought Denizen seemed very similar to its successful W chain. Too similar. And in 2009 Starwood Hotels & Resorts filed a corporate espionage lawsuit against Hilton, claiming two former executives who left to work at Hilton stole, and recruited others to steal, more than 100,000 documents full of sensitive information.
The documents, Starwood said, included trade secrets like a step-by-step guide to creating a new luxury brand from the ground up. Starwood said the name Denizen itself came from a concept Starwood developed for the W chain called the "zen den." In the end, Hilton settled with Starwood for $75 million and had to drop the Denizen brand. Hilton did not admit wrongdoing as part of the settlement, saying in a statement, "Hilton Worldwide regrets the circumstances surrounding the dispute with Starwood Hotels & Resorts Worldwide and is pleased to bring an end to this prolonged litigation."
Read more here.
Posted by Spy vs Spy at 6:46 PM No comments: