Google in hot water for allegedly spying on children 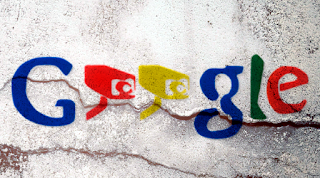 Complaint filed for the illegal compiling of data


In what could turn out to be a disaster for Google’s reputation, the company is being accused of collecting the personal data of thousands of schoolchildren. The Electronic Frontier Foundation, known as EFF, has filed a complaint with the Federal Trade Commission (FTC) claiming that Google is illegally compiling data from the Chromebooks and Google Apps for Education (GAGE) products that Google provides to schools.


The Chromebooks and GAFE products Google sends to schools are all part of a suite of cloud-based tools designed to be advertisement free, and a safe place for students to learn while exploring the internet. EFF is claiming that the Chromebooks have a default setting which synchronizes all the preinstalledChrome browsers and allows Google to spy on the children’s actions.

Read more here.
Posted by Spy vs Spy at 1:00 PM No comments: