Did you know your digital copier or printer has a Hard Drive in it. Did you know all data printed, scanned, emailed, faxed or copied is stored on that Hard Drive and could potentially be accessed by a hacker after it leaves you company at the end of lease?
Posted by Spy vs Spy at 9:31 PM 1 comment: 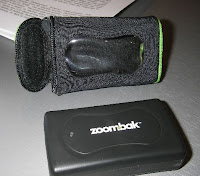 mercurynews.com
WESTMINSTER, Calif.—A Costa Mesa police officer has been charged with hiding a GPS device in a woman's car without her knowledge so he could follow her.

Prosecutors say Parsons hid a GPS device in a 32-year-old woman's car on March 18 so he should show up wherever she was.

After several "chance encounters," the woman became suspicious, checked her car and found the device which belongs to the police department. She reported it to police.

Parsons faces six months in jail if convicted. He is scheduled to be arraigned on Wednesday. 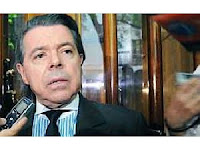 Fomer Misiones judge Horacio Gallardo was arrested in a Posadas clinic by orders of Federal Judge Norberto Oyarbide, who had ordered for his detention along with other former magistrate, Luis Rey, who remains at large, in the case investigating illegal wiretappings on Sergio Burestein and Carlos Avila.

Gallardo is accused of authorizing an illegal wiretappings on businessman Carlos Avila and a on man related to AMIA victims, Sergio Burestein.

Despite being arrested, he remains hospitalized in a private clinic in Posadas due to health problems, judicial sources said.

Former José Luis Rey, whose home was recently raided by the police, remains at large.

Federal Judge Norberto Oyarbide had ordered for their arrest after he charged them with authorizing the wiretapping.

The enemy within: An ugly dossier of espionage is revealed

While I was an exchange student at L’Institut d’Etudes Politiques de Paris, otherwise known as Sciences Po, I took a class called "Intelligence Agencies in Democratic Societies." My professor was an interesting fellow, very knowledgeable about the inner workings of the American CIA, the British MI6, and the French Renseignements Generaux (RG), among other agencies. To be honest, I did not pay much attention in class throughout the semester, partly because I ended up in that course by some mistake of Science Po’s scheduling software. However, an event in Colombia last week reminded me of some of the things I learned in that class and I would like to start take this column from there.

On one of our first sessions in that class, I had to give an oral presentation about the following question: Is espionage a trans-historical phenomenon? (L’espionnage est-il un phenomene transhistorique ?). In other words, is espionage (euphemistically called "intelligence" in modern times) an element inherent to human civilization? Soon after I started my research, some ancient voices spoke to me with a very clear answer.

The extraordinary disclosure comes despite a succession of parliamentary statements that no such bugging ever took place.

And it follows a behind-the-scenes row in which senior Whitehall civil servants – backed by Prime Minister Gordon Brown – attempted to suppress the revelation.

The Mail on Sunday has learned that top-secret files held by the Security Service show it installed electronic listening devices in three highly sensitive areas of No10 – the Cabinet Room, the Waiting Room and the Prime Minister’s study.

It means that for nearly 15 years, all Cabinet meetings, the offices of senior officials and all visitors to the Prime Minister – including foreign leaders – were being bugged.

The disclosure is highly shocking in its own right but it will also bring genuine concerns as to why the Cabinet Office still wants to suppress it.

Comments from MI5 chief Jonathan Evans suggest that the attempted block was not done on grounds of national security but for wider public interest reasons.

A university lecturer planted a camera in a bathroom air freshener so he could spy on students as they showered.

Paul Hwang, who has taught and studied at Oxford, Cambridge and Harvard, hid the digital camera in the house he was renting out to six women.

Yesterday the 33-year-old's illustrious teaching career was in ruins after he pleaded guilty to voyeurism.

The married academic was teaching business studies at Birmingham's University College when he installed the camera.

One tenant discovered the device after noticing that an Air Wicks freshener appeared to be 'swinging from side to side' from a gap in the wall in October last year.

Later that day she noticed the freshener, which was directed at the shower cubicle, had gone.

A few days later it reappeared. When the woman took it apart, she was 'shocked and disgusted' to discover a digital camera connected to a battery inside, the court heard. 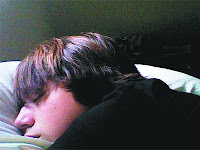 The system that Lower Merion school officials used to track lost and stolen laptops wound up secretly capturing thousands of images, including photographs of students in their homes, Web sites they visited, and excerpts of their online chats, says a new motion filed in a suit against the district.

More than once, the motion asserts, the camera on Robbins' school-issued laptop took photos of Robbins as he slept in his bed. Each time, it fired the images off to network servers at the school district.

Back at district offices, the Robbins motion says, employees with access to the images marveled at the tracking software. It was like a window into "a little LMSD soap opera," a staffer is quoted as saying in an e-mail to Carol Cafiero, the administrator running the program.

"I know, I love it," she is quoted as having replied.

Fernando Tabares, Jorge Lagos, Bernardo Murillo, Luz Marina Rodriguez and German Albeiro Ospina will have to respond to charges of conspiracy and abuse of power.

The five directors of the agency's intelligence and counter-intelligence units are suspected of having known of the existence of the DAS' G3 unit that was specialized in the spying on individuals.

Corporate espionage may be all about the money 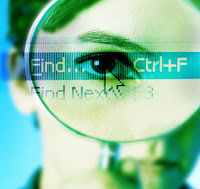 siliconrepublic.com
The business of trading in corporate secrets is bigger and more lucrative than ever, a Forrester study commissioned by Microsoft, RSA and EMC has found, with tech companies in particular targeted for theft.

Most people associate espionage with war and politics. In the tech-centric 21st century, the trading of secrets for cash is where the game is at and most enterprises are overly focused on compliance and not enough on protecting their secrets.

The study, which centered on 305 in-depth surveys with IT security decision makers, found that corporate secrets include product plans, earnings forecasts and trade secrets. Custodial data including customer, medical and payment card information becomes “toxic” when spilled or stolen.

Secrets comprise two-thirds of the value of firms’ information portfolios. Proprietary knowledge and company secrets are considered twice as valuable as the custodial data and are targets for theft.

The Counterespionage community & Security Industry has lost a dear friend, Raymond Van Staden gave his life to save a 10yr old boy from drowning this past Good Friday. He was a true HERO, and my Friend...GOD Bless his soul, and console his family. JDL

iol.co.za
'How do I tell him daddy is gone?'

He has protected the lives of Hansie Cronje and Steffi Graf, but Raymond van Staden was on Saturday hailed as a hero for giving his life to save a 10-year-old boy from drowning on a Durban beach.

Paramedics, police and municipal officials said on Saturday that Van Staden, 48, was walking along Warner Beach, near Amanzimtoti, about noon on Friday when he noticed Christiaan de Klerk, 10, and his father struggling to stay afloat in the strong currents.

The nearest lifeguards were more than 1km away at Winklespruit, and they rushed to Warner Beach in rubber ducks and other emergency vehicles when told of the incident. Realising the boy needed help, Van Staden rushed into the water and, together with the boy's father, kept Christiaan aloft long enough for lifeguards to pull him into one of the boats.

eThekwini municipality deputy head of parks and recreation, Christo Swart, said the boy and his father were taken to the beach, where CPR was performed.

While Christiaan survived, his father and Van Staden couldn't be resuscitated.

Christiaan was rushed to the Kingsway Hospital in Amanzimtoti, and was discharged on Saturday. It is believed he was visiting Durban from Pretoria with his family for the Easter weekend. 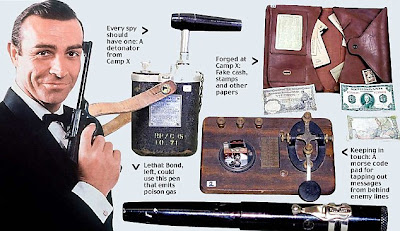 There's a camera that shoots darts, a lipstick tube containing a dagger and fake monkey dung that explodes.

All were part of the armoury developed at a top-secret British spy camp on the bleak shore of a Canadian lake.

And if it all sounds a bit James Bond, then perhaps that's not surprising. Among the agents who learned their deadly craft at Camp X near Ontario was Bond's creator, Ian Fleming.

The gadgets, which also include a poison gas pen, and hundreds of other artefacts such as photos, fake cash, weapons, radios and uniforms, are part of an intriguing collection left behind after the wartime spy factory closed.

For years they have been housed in a museum, a reminder of the daring of the British special operatives who were trained at the camp before going behind enemy lines.

But now the museum's owner wants to sell up, angering those with links to Camp X. Among the items for sale is a radio used to keep in touch with London. It is expected to fetch £32,000.

Is Cisco spying on users ?

Is Cisco spying on users? A story in U.K.'s The Inquirer states that Cisco has unveiled a bandwidth usage monitoring application designed to provide insight into what type of traffic - such as video -- is using available bandwidth.

Indeed, the application, which runs on Windows Vista and XP, is involved with Cisco's Visual Networking Index PC Pulse project. It is currently in beta, The Inquirer reports.

Cisco claims none of the information collected by the client software is personally identifiable to the user generating it. Indeed, Cisco spokeswoman Sara Cicero posted a comment to The Inquirer story reaffirming that claim.

Tablet Magazine is based in New York City, and not in Israel. Which is why we can write that Israel is charging a journalist with espionage and treason related to her allegedly photocopying classified documents while she was a solider, and then leaking them to Haaretz. JTA’s Ron Kampeas reports that the case is under a gag order in Israel.

Anat Kam was a journalist for a small paper that was until recently owned by Haaretz. Authorities are thought to believe that she leaked documents that revealed, according to a 2008 Haaretz report, that the IDF planned to circumvent a Supreme Court ruling that barred the assassination of terrorists who could be safely arrested. (Oddly, or perhaps not, the military censor did permit the publication of the story.)