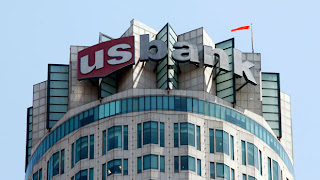 The customer websites of Wells Fargo, PNC Bank and US Bancorp are facing lingering slowdowns Wednesday that appear to be related to the cyber attacks that hit J.P. Morgan Chase and Bank of America last week.
U.S. Bancorp apologized to customers experiencing intermittent delays and said it is “working hard” to restore full connectivity.
“The issues are related to unusual and coordinated high traffic volume designed to slow down the system - similar to what other banks have experienced in the past week,” the bank’s senior vice president of corporate public relations, Tom Joyce, said in a statement to FOX Business.
“We are working closely with federal law enforcement officials to address the issue,” he said, but added that in the meantime customer data and their funds are secure.
PNC and Wells Fargo did not immediately respond to FOX Business for a comment, however a PNC spokesman told Reuters that it is aware of the situation and is working to restore full access.
Read more:http://www.foxbusiness.com/technology/2012/09/26/wells-fargo-website-hit-by-access-issues-amid-cyber-threats/#ixzz27crYTx00
Posted by Spy vs Spy at 8:37 PM No comments: 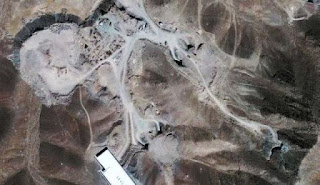 According to the report, Iran's Revolutionary Guard were on patrol last month to check terminals connecting data and telephone links at the underground nuclear enrichment plant, when they saw the rock and tried to move it.

"Iranian experts who examined the scene of the explosion found the remains of a device capable of intercepting data from computers at the plant, where uranium is being enriched in centrifuges," said the report, "It is feared a significant source of intelligence may have been lost for the West."

Iran initially kept news of the explosion secret, the report said, but last week, Fereydoun Abbasi-Davani, the country's vice-president and head of its nuclear energy agency, revealed that explosives had been used to cut power lines from the nearby city of Qom to Fordow on August 17. A day later, he said, IAEA inspectors had asked for an unannounced visit to Fordow.

More here:http://www.haaretz.com/news/middle-east/report-iran-uncovered-spying-device-disguised-as-rock-at-fordow-nuclear-plant-1.466313
Posted by Spy vs Spy at 2:05 PM No comments: 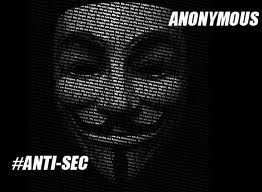 UPDATE Sept. 4, 17:50 GMT: Anonymous / Antisec supporters have posted a sample of 100 Apple mobile device identifiers from the breach, in plain text, viewable here. The data is in four columns 1) the Apple device unique device identifier 2) the Apple Push Notification Service DevToken 3) the device name 4) the device type. They say it lists the top 50 and bottom 50 UDIDs in the dataset. One source from Anonymous says supporters are currently working on uploading the full, unencrypted dataset of 1 million UDIDs to the web, as well as a searchable database.

Three years ago special agent Christopher Stangl appeared in a video calling on people with computer science degrees to join the Federal Bureau of Investigation, saying they were needed “more than ever.” Last night, hackers with subversive online networks Anonymous and Antisec answered that call with nothing short of irreverence: they published what they claimed were more than 1 million unique device identifier numbers, (UDID) for Apple devices, stolen from Stangl’s own laptop.

In total, the hackers say they were able to steal more than 12 million of these strings of numbers and letters, but, “we decided a million would be enough to release.” They announced the hack through the widely-watched Twitter feed, @AnonymousIRC last night.
More here:http://www.forbes.com/sites/parmyolson/2012/09/04/fbi-agents-laptop-hacked-to-grab-12-million-apple-ids-anonymous-claims/
Posted by Spy vs Spy at 2:13 PM 2 comments: