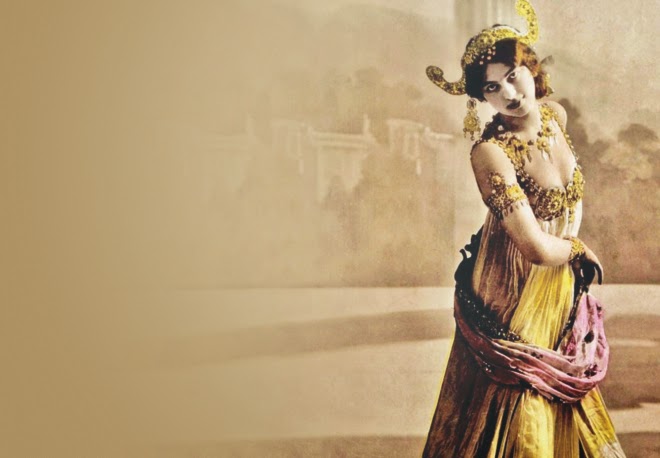 For most of human history, people serving in combat were overwhelmingly male.  It is only recently that women are getting a more prominent role in armed forces.
But there is a long history of female involvement in espionage, even in ancient times. Espionage knows no gender and in fact being female could provide less suspicion and a better cover. There is extensive documentation of the role of women undercover and otherwise involved in intelligence work in the two world wars and some very interesting characters emerge from those two conflicts. Of them, Mata Hari is surely the most prominent. The very name of Mata Hari has become synonymous with spying, espionage, intrigue, and sensuality.
Mata Hari was born Margaretha Geertruida Zelle in Leeuwarden, Netherlands, on August 7, 1876, to father Adam Zelle, a hat merchant who went bankrupt due to bad investments, and mother Antje Zelle, who fell ill and died when Mata Hari was 15. Following her mother's death, Mata Hari and her three brothers were split up and sent to live with various relatives.
At an early age, Mata Hari decided that sexuality was her ticket in life. In the mid-1890s, she boldly answered a newspaper ad seeking a bride for Rudolf MacLeod, a bald, moustachioed military captain based in the Dutch East Indies. She sent a striking photo of herself, raven-haired and olive-skinned, to entice him. Despite a 21-year age difference, they wed on July 11, 1895, when Mata Hari was just shy of 19.
She quickly bore him two children and followed him when he was assigned to Java in 1897. The marriage proved rocky. The couple returned to the Netherlands in 1902 with their daughter (their other child, a son, had died mysteriously in Java). Margaretha's husband obtained a divorce and retained custody of his daughter.

Read more here
Posted by Spy vs Spy at 6:42 PM No comments: 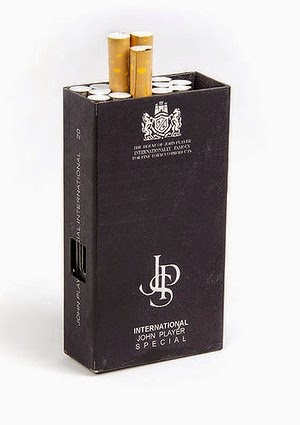 An extraordinary collection of spy cameras has just been auctioned.
'Willie Feinberg was not a spy as far as we know," says Charles Leski of Mossgreen Auctions, "but he certainly understood their tradecraft."
Evidence of this is his extraordinary collection of 225 miniature cameras, many designed especially for spying and espionage. These went on sale through Mossgreen in Melbourne on April 13, and sold well, fetching a total of $75,847 (including buyer's premiums, IBP). The average result was 10 per cent above estimates.
Leski says there were about 50 people in the rooms and another 150 participating by phone, on the web and through prior bids. Foreign interest came from Germany, China and the United States.

There was strong interest in Feinberg's spy cameras, with some having the joke-shop quality of Get Smart.
The most obvious example is the camera disguised as a pack of JPS cigarettes, made circa 1970 by Kiev-Arsenal in Ukraine. The cigarettes protruding from the top of the pack are the camera controls; the lens is hidden along the side of the pack. Estimates were $300 to $400, and it sold for $701.50 IBP.
Minox, the former Latvian, now German, manufacturer of sub-miniature cameras, was especially well-represented in the collection. Its spy cameras were used by both sides in the Cold War and featured in the earlier James Bond movies. Among the 50 or so examples listed were some made when Latvia was under Soviet control. One from 1940, in original brown leather case and engraved ''Made in USSR'', sold for $1708 IBP. 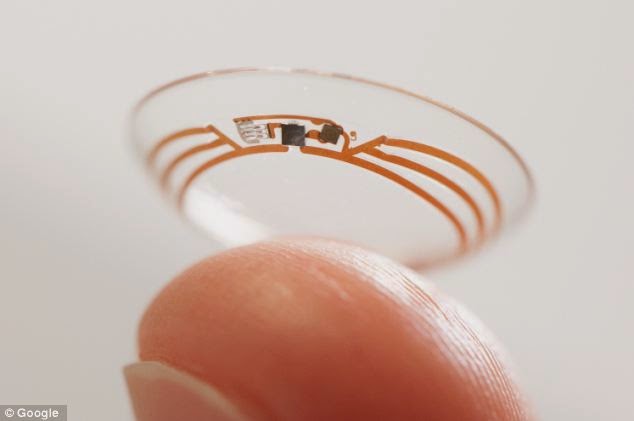 Google has patented a smart contact lens that could see its Glass wearable computer fit inside a smart lens.
The firm has already developed a contact lens for diabetics analyses their tears, warning them if their glucose levels are low.
Now it has revealed plans for a lens with a camera built in - opening the possibility of its Glass system being shrunk down significantly, offering features such as 'superzoom' to wearers and even helping the blind see.

The lens also has wireless capabilities allowing it to link to a smartphone, which can be used to process data and give the user audio commands.
Google also says the system will be able to detect faces, potentially allowing the blind to recognise people.
The firm has already developed a smart lens capable of measuring the glucose level of diabetics. 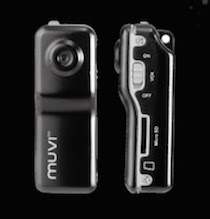 On July 24, 2013, a Microsoft vendor employee working at the company's RedWest campus in Redmond had a piece of good fortune—he found a Muvi USB video camera just lying in the footpath between buildings. He picked up the camera, only later taking a look at the footage on the device, which revealed that his good fortune was actually evidence of a crime. The Muvi camera contained "upskirt" video footage of women climbing stairs or escalators—or sometimes just standing in checkout lines—and some of it had been shot on Microsoft's campus.
The vendor employee reported the incident to Microsoft Global Security, who took possession of the camera on July 26. To find the camera's owner, two Global Security investigators pulled up Microsoft's internal security camera footage covering the RedWest footpath. They began by locating the moment when the vendor employee walked into the frame, paused, and bent down to retrieve the camera off the ground. Investigators then rewound the footage to see who had dropped it.
At the 11:24am mark, they saw a man in a collared shirt and reddish pants walk out of a RedWest building and walk along the footpath. Then, at 11:25am, the vendor employee appeared and picked up the camera. At 11:26am, the man in the reddish pants suddenly returned to the picture. According to a later report from the Redmond Police Department, he was "rushing" back to the RedWest building he had just left and appeared "nervous, frantically looking around." He eventually used a keycard to re-enter the RedWest building.
Read more here.
Posted by Spy vs Spy at 4:05 PM No comments:

Voyeur spied on colleagues through secret camera in air freshener 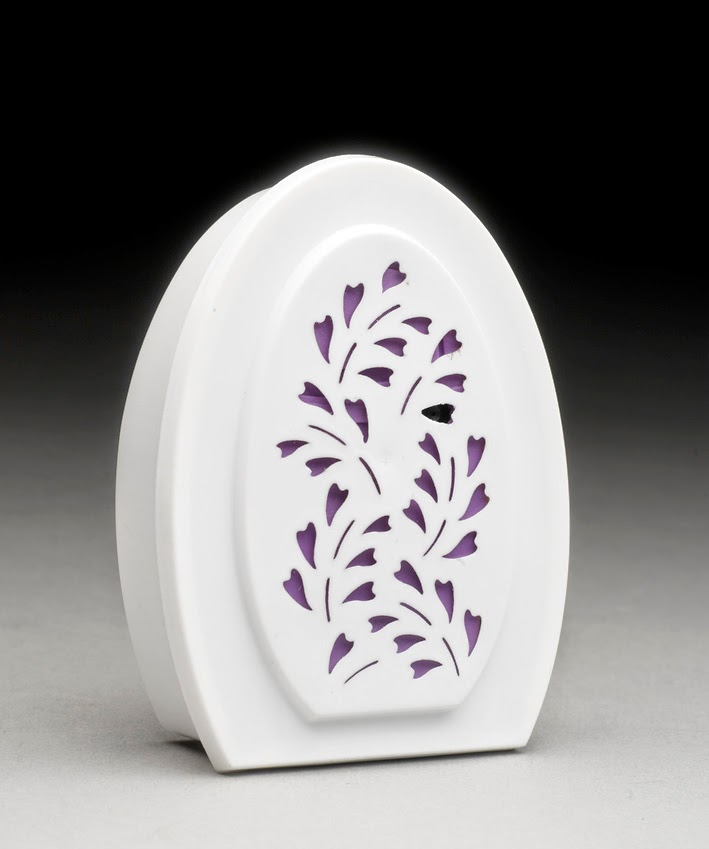 A pervert who used his company credit card to buy a camera to spy on female colleagues in the toilet has been sent to prison for 10 months.
Jonathon Canavon bought the camera, disguised as an air freshener, and placed it in the women’s cubicle at the BP oil refinery on the Isle of Grain.
The 32-year-old was jailed today at Maidstone Crown Court and was placed on the sex offender's register for 10 years. Canavon previously admitted voyeurism and 19 counts of theft totalling £7,595.40 from his employer at BP when he appeared before Medway magistrates, who chose to send the case to crown court for sentencing.
At an earlier hearing, the court heard his actions were discovered by one woman who spotted the freshener on a pipe while she was in the toilet and saw a blue light flashing.
She picked it up and found the camera inside. After accessing the memory card and viewing it, she was horrified to discover images of Canavon placing the device inside the cubicle.
Canavon, of Chestnut Avenue, Grays, Essex, was arrested when he arrived for his night shift later that day.

Read more here.
Posted by Spy vs Spy at 1:56 PM No comments: