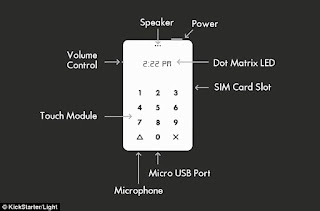 Note: Not sure how the 2G sunset will effect this emerging product, but hopefully they have it all figured out. ~JDL

The Light Phone is a discreet credit card sized mobile phone designed to be used as little as possible. It is the only phone designed to be used as your second phone as a seamless extension of you smartphone. It is an unlocked 2G GSM phone that works independent of your current plan, but using our unique software platform it can keep your same phone number. The Light Phone is easily set up and controlled via an app on your computer. Other features are limited to nine speed dials and a time display. An active SIM is required because the phone is not tethered, it will work regardless of where your smartphone is. The cost of using our service is approximately $5/month in the United States.

Read more here.
Posted by Spy vs Spy at 3:59 PM No comments: 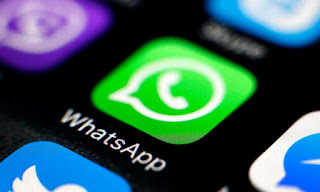 A security vulnerability that can be used to allow Facebook and others to intercept and read encrypted messages has been found within its WhatsApp messaging service.

Facebook claims that no one can intercept WhatsApp messages, not even the company and its staff, ensuring privacy for its billion-plus users. But new research shows that the company could in fact read messages due to the way WhatsApp has implemented its end-to-end encryption protocol. Privacy campaigners said the vulnerability is a “huge threat to freedom of speech” and warned it could be used by government agencies as a backdoor to snoop on users who believe their messages to be secure.

WhatsApp has made privacy and security a primary selling point, and has become a go to communications tool of activists, dissidents and diplomats.

Read more here.
Posted by Spy vs Spy at 4:37 PM No comments: