Could your hotel room be bugged? 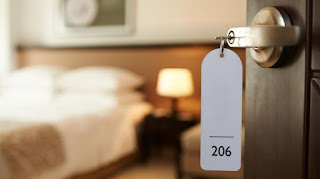 LOST luggage, missed connections and flight delays are some of the common concerns that plague nervous travellers.

But if you're heading to countries like China, Russia, Israel or even the UK, you might have another major issue: bugged hotel rooms.

Yep, it happens more often than you'd think. And while it's unlikely a holidaying family would be bugged by a suspicious government or deviant company, it's a real problem for some travelers, as these experts explain.

WHY WOULD SOMEONE BUG A ROOM?
"Security and safety are easily at risk anytime you enter a space where somebody else has had access prior to your arrival," says Jeffrey Jurist, president of SpyAssociates.com.
And there are plenty of reasons why you might be the target. "A hotel would not be the ones to bug a room, but a nefarious employee, hotel worker, investigator, or government agency would have their reasons: divorce, legal, military, insurance, espionage, business, financial," he added.
Jim Angleton, president and chief executive officer of crypto-currency company AEGIS FinServ Corp, explained how it could be carried out.
"An intelligence community might have someone gain access to the room by paying off a front desk person, who tells them - for money - which room a target or suspect is staying in," he said.
Read more here.