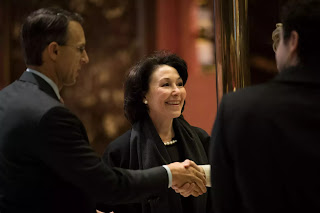 Oracle has lobbied aggressively — and seeded negative stories about its search foe — as the two battle in court.

The story that appeared in Quartz this November seemed shocking enough on its own: Google had quietly tracked the location of its Android users, even those who had turned off such monitoring on their smartphones.

But missing from the news site’s report was another eyebrow-raising detail: Some of its evidence, while accurate, appears to have been furnished by one of Google’s fiercest foes: Oracle.

For the past year, the software and cloud computing giant has mounted a cloak-and-dagger, take-no-prisoners lobbying campaign against Google, perhaps hoping to cause the company intense political and financial pain at a time when the two tech giants are also warring in federal court over allegations of stolen computer code.

Since 2010, Oracle has accused Google of copying Java and using key portions of it in the making of Android. Google, for its part, has fought those claims vigorously. More recently, though, their standoff has intensified. And as a sign of the worsening rift between them, this summer Oracle tried to sell reporters on a story about the privacy pitfalls of Android, two sources confirmed to Recode.