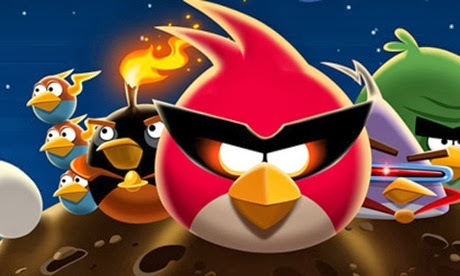 The National Security Agency and its UK counterpart GCHQ have been developing capabilities to take advantage of "leaky" smartphone apps, such as the wildly popular Angry Birds game, that transmit users' private information across the internet, according to top secret documents.
The data pouring onto communication networks from the new generation of iPhone and Android apps ranges from phone model and screen size to personal details such as age, gender and location. Some apps, the documents state, can share users' most sensitive information such as sexual orientation – and one app recorded in the material even sends specific sexual preferences such as whether or not the user may be a swinger.
Many smartphone owners will be unaware of the full extent this information is being shared across the internet, and even the most sophisticated would be unlikely to realise that all of it is available for the spy agencies to collect.
Dozens of classified documents, provided to the Guardian by whistleblower Edward Snowden and reported in partnership with the New York Times and ProPublica, detail the NSA and GCHQ efforts to piggyback on this commercial data collection for their own purposes.
Read More Here.
Posted by Spy vs Spy at 4:37 PM No comments: 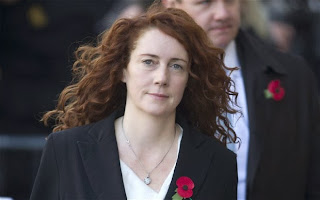 News Corp executives ordered daily sweeps for bugs at its London offices over fears rivals were eavesdropping on its BSkyB takeover plans, the hacking trial heard today.
Head of security Mark Hanna, a Gulf war Veteran, was in charge of hunting for covert listening devices in the executive offices and suites.
The routine searches of the News International headquarters were increased to daily sweeps when Rupert Murdoch's News Corp was plotting its BSkyB takeover, the court heard.
"Offices were swept on various occasions to ensure no listening devices were in the executive offices or suites, which was perfectly normal and routine", said William Clegg QC, defending Hanna.
Mrs Viner replied: "It was normal and routine, as in other news organisations I have worked in."
Mr Clegg explained: "There were a number of reasons for that; one obviously was newspapers are very competitive with each other, and some journalists may be anxious to try to steal a scoop from a rival.
"One of the reasons for the sweeps was to avoid that possibility.
"In 2011, News Corp was trying to increase its shareholding in BSkyB, I think with the objective of becoming the majority shareholder.
"It was a sensitive topic at News Corp, and another reason why you would want to be sure discussions about such a matter were not broadcast to people who were potential competitors."
The court heard executives from News Corp Europe and Asia had offices in Wapping, and were part of the sweeps carried out by Mr Hanna, through a contracted company called White Rock.
Read more here.
Posted by Spy vs Spy at 11:33 AM No comments: 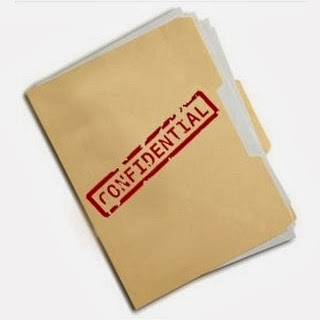 The former regional manager of a major Bay Area executive search firm was sentenced to a year in federal prison Wednesday for stealing trade secrets by getting former co-workers to download customer information that he used to start his own firm.
David Nosal, a former managing director at Korn/Ferry International in Redwood City, was convicted of six felony charges by a San Francisco federal court jury in April.
He left Korn/Ferry in 2004 and, according to prosecutors, got three employees to use their computer access to obtain customer lists and other secret information, which he used in his new business, Nosal Partners.
At Wednesday's hearing, U.S. District Judge Edward Chen acknowledged that Nosal had worked his way up from modest beginnings, had been generous to his workers and was unlikely to commit any crimes in the future. But Chen said Nosal had been convicted of serious crimes and that a prison sentence would send a message to others.
Read more here.
Posted by Spy vs Spy at 11:50 AM No comments: 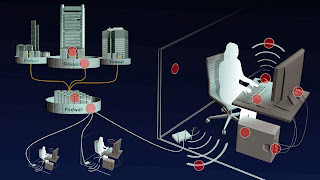 When agents with the NSA's Tailored Access Operations (TAO) division want to infiltrate a network or a computer, they turn to their technical experts. This particular unit of the United States intelligence service is known internally as ANT. The acronym presumably stands for Advanced Network Technology, because that's what the division produces -- tools for penetrating network equipment and monitoring mobile phones and computers. ANT's products help TAO agents infiltrate networks and divert or even modify data wherever the NSA's usual methods won't suffice. You can read more about the TAO division, its strengths and tricks in a SPIEGEL feature that was published in English on Sunday.

SPIEGEL has obtained an internal NSA catalog describing ANT's various products, along with their prices. A rigged monitor cable, for example, which allows "TAO personnel to see what is displayed on the targeted monitor," goes for $30 (€22). An "active GSM base station" that makes it possible to mimic the cell phone tower of a target network and thus monitor mobile phones, is available for $40,000. Computer bugging devices disguised as normal USB plugs, capable of sending and receiving data undetected via radio link, are available in packs of 50, for over $1 million.

Read more here.
Posted by Spy vs Spy at 3:14 PM No comments: