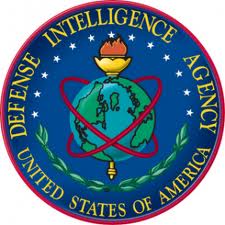 An upcoming book claims that a spy was discovered through the use of psychic powers.

According to the "Canberra Times", Scott Carmichael, a former investigator for the Defense Intelligence Agency (DIA), "is writing a book about how he used a psychic to identify [saboteur Jean-Philippe] Wispelaere after the former Australian Defence Intelligence Organization analyst tried to sell stolen U.S. documents to Singaporean embassy officials in Thailand."
Wispelaere was caught in a Federal Bureau of Investigation sting when he flew to the United States to broker the documents. He was arrested, convicted of espionage, and sentenced to 15 years in prison.
How, exactly, was Wispelaere discovered? Carmichael claims that a psychic named Angela Ford told him that the DIA should look for a muscular Australian man in his twenties who used the name Baker, and tried to sell secrets at the Singaporean embassy.
Based upon this description and evidence, Carmichael says, he was able to identify Wispelaere (a bodybuilding low-level Australian intelligence officer who used the name Baker) and tip off the FBI to launch the investigation.
More here: http://news.discovery.com/human/did-psychic-espionage-reveal-spy-121031.html
Posted by Spy vs Spy at 3:37 PM