The passing of an Icon, Glenn Howard Whidden, RIP my friend... 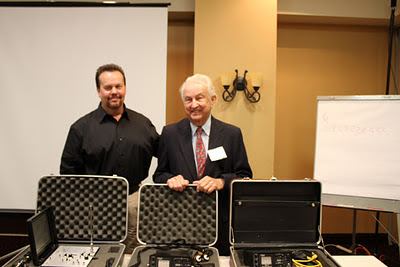 March 27, 1928 - November 24, 2011
On Thursday, November 24, 2011; Glenn Howard Whidden, 28 year veteran of The Central Intelligence Agency, President of The Espionage Research Institute (ERI), Passed this life. The beloved husband of Natalie Whidden; devoted father of David Whidden. He is also survived by many other relatives and friends. He will be greatly missed by all who had the honor to know him.


All services and interment will take place in Manchester, NH.  Please Share your thoughts and memories about Glenn, in the guestbook here:

Of Fort Washington, MD died November 24, 2011 after a short illness. He is survived by his wife Natalie; three sons Mark, David, and Thomas; and numerous grandchildren. He will be buried in Manchester, NH in a private family service.
Author of "The Attack on Axnan Headquarters"
Available at <www.1stbooks.com>
TSCM
Technical Services Agency,
Whidden, Glenn H., The Ear: Volume I, Technical Services Agency the prestigious Technical Services Agency - Institute for Countermeasures Studies and Glenn Whidden (CIA-ret); the current President of BECCA
OCCUPATION: President of Technical Services Agency Inc., a private firm that designs and markets electronic equipment for eavesdropping detection. Holder of five U.S. patents. Part-time instructor, World Institute of Security Enhancement, Greensboro, N.C. Author of A Guidebook for the Beginning Sweeper; The Russian Eavesdropping Threat -- Late 1993; The Axnan Attack; and five other books on the subject of countereavesdropping.
BACKGROUND: Twenty-eight-year CIA veteran, retired 1974. Worked in 50 countries worldwide. Field experience in most types of espionage activity, including mail intercepts, surreptitious entry and electronic eavesdropping. "An operations type
EDUCATION: Self-taught electrical engineer, government training in clandestine operations.
MOST INTRIGUING ASSIGNMENT: A few years ago Whidden returned to his former haunt, Moscow, to sweep the offices of a private business. He managed to ferret out a phone line bug, even though he worried -- unnecessarily, as it turned out -- that the eavesdroppers might be onto him. His host, in a misguided attempt at courtesy, had hired for Whidden a Russian driver, the sort who in the old days informed on tourists for the KGB.

Of Fort Washington, MD died November 24, 2011 after a short illness. He is survived by his wife Natalie; three sons Mark, David, and Thomas; and numerous grandchildren. He will be buried in Manchester, NH in a private family service. In lieu of flowers, memorial gifts may be made to Maryland Society, Sons of the American Revolution, c/o Barrett McKown, Treasurer; 3580 S River Terr; Edgewater, MD 21037. 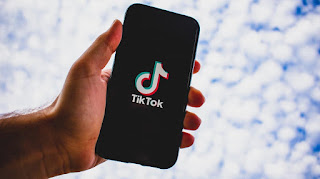 TikTok. You’ve likely heard of, or used, this wildly popular app. If you are one of the few who doesn’t know what TikTok is, the app is social media sharing app used to create short dance, lip-sync, comedy and talent videos. It’s been downloaded over  2 billion times  on the app store and Google play (as of 07/03/2020), and has over 800 million active users worldwide. A whopping 69% of TikTok users are Gen Z’ers (age 7 to 22). Chances are either you’re a TikTok app user, or a family member or close associate is. But, did you know that this app has been banned in India? Or, that the US government is also considering banning the TikTok app over security concerns?  From its Chinese ownership to concern about the app’s privacy policy and data access, there are some well founded concerns about the TikTok app security that you should be aware of. Read more here.. 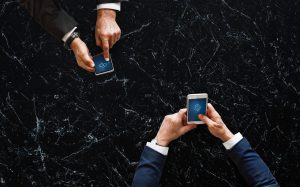 Corporate Espionage By Management Creates Risks For Executives And Board Members..

*Corporate, Industrial and Economic Espionage is a very real and evolving threat to your business and your intellectual property. Contact ComSec , we can help. ~JDL Following the filing of a five-count criminal information against Ticketmaster, alleging conspiracy to commit computer intrusion, computer intrusion of a protected computer, computer intrusion in furtherance of fraud, wire fraud conspiracy, and wire fraud, the company has entered into a plea agreement with federal prosecutors in Brooklyn, New York to pay $10 million in fines to resolve those charges. According to an acting U.S. Attorney, Ticketmaster employees repeatedly and illegally accessed a competitor's computers without authorization, using stolen passwords to unlawfully collect business intelligence. The investigation found that an individual bad actor worked for Ticketmaster's competitor, Live Nation, in 2013 as a consultant. He was later hired full-time by Ticketmaster in 2014. The consultant/employee ke