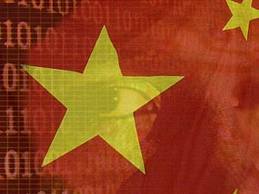 cnbc.com
China is stealing online information from the United States and feeding the data to homegrown companies for commercial benefit, Michael Hayden, Former Director of the Central Intelligence Agency said at the Black Hat Technical Security Conference in Abu Dhabi on Wednesday.


He pointed out that as an intelligence officer, he was "impressed" with the sophistication of Chinese cyber espionage, although spying in cyber space is an activity that all states, including the United States, take part in.
According to Hayden, "We steal secrets, you bet. But we steal secrets that are essential for American security and safety. We don't steal secrets for American commerce, for American profit. There are many other countries in the world that do not so self limit."
Despite the difficulty in tracing the origins of cyber attacks, Hayden believes China is the culprit behind various incidents of data theft.
"The body of evidence makes me quite comfortable and confident in saying that there's an incredibly large amount of this cyber activity coming from China," he told CNBC on the sidelines of the conference.
The retired general, who also served as the Director of the National Security Agency, added that, "I have come to the conclusion that the Chinese, the Chinese state and others in China are incredibly aggressive in the cyber domain, when it comes to the theft of property: state on state or against commercial targets."
More...
Posted by Spy vs Spy at 4:17 PM