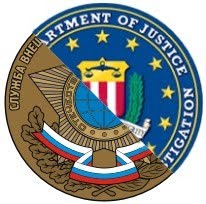 
WASHINGTON — FBI surveillance tapes, photos and documents released Monday show members of a ring of Russian sleeper spies secretly exchanging information and money during a counterintelligence probe that lasted about a decade and ended in the biggest spy swap since the Cold War.
The tapes show a January 2010 shopping trip to Macy's in New York City's Herald Square by former New York real estate agent Anna Chapman, whose role in the spy saga turned her into an international celebrity. She bought leggings and tried on hats at the New York department store, investigators wrote in a document, and transmitted coded messages while sitting in a coffee shop.
On another occasion, Chapman is visible in a video setting up her laptop computer at a Barnes and Noble. "Technical coverage indicated that a computer signal began broadcasting at the same time," noted part of a heavily redacted FBI report on the incident, apparently showing an effort by Chapman to communicate with her handlers.
Other photos and video from the surveillance operation, which the FBI called "Ghost Stories," show some of the 10 other conspirators burying money in a patch of weeds, handing off documents in what looks like a subway tunnel, meeting during a stroll around Columbus Circle or just taking their kids for a walk.
More...
Posted by Spy vs Spy at 4:34 PM