Let an FBI spy put you at ease 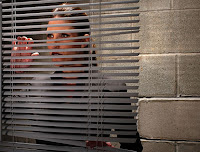 thisislondon.co.uk
During his 25 years in the FBI, Joe Navarro did everything from running a SWAT team to flying a plane.

But it was his work monitoring foreign spies that launched him into his new career as an adviser to businesses on “non-verbal intelligence”.

He and his team would follow spies and try to infer from their behavior what they were up to.

How often did they gather? Which were their favorite restaurants? Were they walking differently one day to the next?

“When we're relaxed, our body has a certain posture,” says Navarro. “But when we're concerned about being followed, it changes.”

Spies were often taught to glance into shop windows to see if they were being followed. But Navarro could easily tell if someone was doing it to see what was inside the shop or to see who was behind him.

For all but the most diligent spies, he says, the habits and disciplines they learned before being sent into the field yielded quickly to ordinary human instincts.