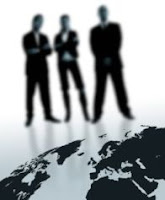 Kyiv Post MOSCOW, Dec 18 (Reuters) - Russian counter-intelligence unmasked nearly 150 spies in 2008, including a network operating on behalf of ex-Soviet Georgia, the head of the FSB Federal Security Service was quoted as saying on Thursday.

"Activities of 48 staff officers of foreign intelligence services have been stopped, as well as actions of 101 local agents of foreign special services," Alexander Bortnikov told an annual meeting with the Russian press.

He said six foreign staff officers and three agents had been "caught red-handed", and nine foreigners accused of spying had been expelled.

The FSB, a target of public criticism in 1990s, has seen a resurgence under ex-President Vladimir Putin, an ex-KGB spy whose two terms as Kremlin chief ended this year.

Putin and top FSB officials have often said that the West, suspcicious of Russia's revived ambitions, has stepped up spying activities in the country. Western officials counter that Russia is itself conducting aggressive espionage abroad.

Does anyone else remember the Cold War?