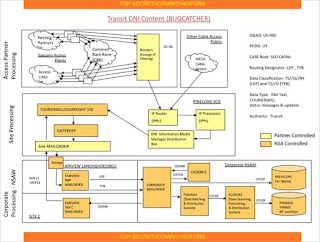 THE SECRETS ARE hidden behind fortified walls in cities across the United States, inside towering, windowless skyscrapers and fortress-like concrete structures that were built to withstand earthquakes and even nuclear attack. Thousands of people pass by the buildings each day and rarely give them a second glance, because their function is not publicly known. They are an integral part of one of the world’s largest telecommunications networks – and they are also linked to a controversial National Security Agency surveillance program.

Atlanta, Chicago, Dallas, Los Angeles, New York City, San Francisco, Seattle, and Washington, D.C. In each of these cities, The Intercept has identified an AT&T facility containing networking equipment that transports large quantities of internet traffic across the United States and the world. A body of evidence – including classified NSA documents, public records, and interviews with several former AT&T employees – indicates that the buildings are central to an NSA spying initiative that has for years monitored billions of emails, phone calls, and online chats passing across U.S. territory. 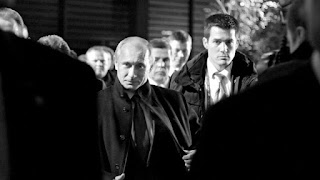 The power balance in Europe is shifting, which will impact the world of sports.

London, 2010. Petrodollars are flowing into Britain as Russian billionaires are buying luxury homes. Chelsea has just won the Premier League, thanks to its generous oligarch owner. Scotland Yard is investigating the polonium assassination of a Russian spy turned MI6 informant.

England and Russia are neck and neck favorites in the fierce race to become host of the football world cup 2018. They will stop at nothing to win, and huge bribes are involved. In FIFA’s own assessment, Russia is the worst candidate to host, but in the end England is humiliated with only two votes.

In a new documentary, journalists Niels Holm and Jon Adelsten enter the murky world of private intelligence agencies with a simple question: How did Russia win its world cup? We follow the enormous sums of money that have flown from extravagant stadium and infrastructure projects into the hands of Putin’s tight-knit circle of trusted oligarchs. The journalists soon find themselves in a world of dark secrets.

A World Cup of Spies will come out as the games kick in Moscow in June, 2018, showing how national football associations spent millions of public money on a James Bond-like contest. *Note: I would guess that the individual that should have followed through and scheduled that professional "Cyber TSCM Sweep" is probably shopping their resumé right about now....JDL~

Tesla's attempt to ramp up Model 3 production may have hit a new stumbling block --- employee sabotage.

In an email to Tesla employees late Sunday night, CEO Elon Musk says that an unnamed employee admitted to sabotaging the company's Freemont, California plant. The problem comes as Tesla scrambles to boost production of its Model 3 sedan to 5,000 a week by early July -- the rate at which Musk says the company can become profitable.


Shares of Tesla (TSLA) fell about 5% in trading Tuesday.

Musk said the Tesla employee had confessed to "quite extensive and damaging sabotage to our operations." The email said the employee made changes to the computer code of the company's manufacturing operating system. The employee also exported large amounts of highly sensitive company data to unknown third parties.

Read more here.
Posted by Spy vs Spy at 7:23 PM No comments: 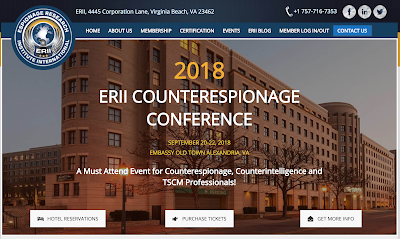 Economic Espionage and the Growing Case for Corporate Counterintelligence 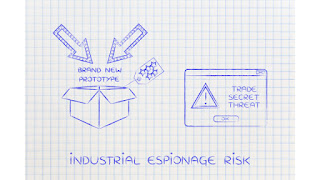 In the 2016 movie, “Snowden” former National Security Agency intelligence contractor Edward Snowden uncovers massive amounts of illegally obtained data assembled to track digital communications from foreign governments, terrorist groups and ordinary Americans. For many, the biographical political thriller was a wakeup call. For those in risk management and information security, it reaffirmed what we probably already knew or suspected — that many different entities around the globe know quite a bit about where we work and live and our daily habits.
For corporate businesses, information protection is critical and the risks and threats keep changing. Now, the theft of information and intelligence is increasingly gathered on U.S. companies from foreign entities that use the results for a variety of different types of what is now called economic espionage.
Read more here.
Posted by Spy vs Spy at 2:59 PM No comments:

Attackers can cause potentially harmful hard drive and operating system crashes by playing sounds over low-cost speakers embedded in computers or sold in stores, a team of researchers demonstrated last week.

The attacks use sonic and ultrasonic sounds to disrupt magnetic HDDs as they read or write data. The researchers showed how the technique could stop some video-surveillance systems from recording live streams. Just 12 seconds of specially designed acoustic interference was all it took to cause video loss in a 720p system made by Ezviz. Sounds that lasted for 105 seconds or more caused the stock Western Digital 3.5 HDD in the device to stop recording altogether until it was rebooted.

The device uses flash storage to house its firmware, but by default it uses a magnetic HDD to store the large quantities of video it records. The attack used a speaker hanging from a ceiling that rested about four inches above the surveillance system’s HDD. The researchers didn’t remove the casing or otherwise tamper with the surveillance system.

Read more here.
Posted by Spy vs Spy at 5:01 PM No comments: