Top app has been spying on users and lying about it.. 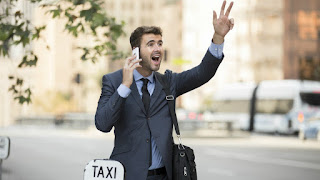 Uber, the ride-hailing service, is having a bad year. Last month, a secret Uber program called Greyball was exposed and it revealed how the company uses data collected from its app to evade authorities in areas where the service is resisted by law enforcement or banned.

Greyball was allegedly used in cities like Las Vegas, Boston and Paris, plus in countries like China, Australia and South Korea, to deny service to Uber accounts considered as a threat to the company.

Now, another controversy has surfaced and it involves a tussle with a company that Uber can't afford to irk.

Apple engineers discovered that the app was tracking its users even after it was deleted from iPhones. This practice, called "fingerprinting," violates Apple's privacy guidelines. "Fingerprinting" assigns each iPhone a specific identity via a small piece of code that persists even after the device's data has been wiped.

Read more here.
Posted by Spy vs Spy at 3:48 PM No comments:

Someone is spying on cellphones in the nation's capital.. 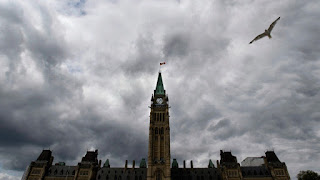 A CBC/Radio-Canada investigation has found cellphone trackers at work near Parliament Hill and embassies.

A months-long CBC News/Radio-Canada investigation has revealed that someone is using devices that track and spy on cellphones in the area around Parliament Hill.
The devices are known as IMSI catchers and have been used by Canadian police and security authorities, foreign intelligence and even organized crime.
The devices, sometimes known by the brand name of one model, StingRay, work by mimicking a cellphone tower to interact with nearby phones and read the unique ID associated with the phone — the International Mobile Subscriber Identity, or IMSI.
That number can then be used to track the phone and by extension the phone's user. In some instances, IMSI catchers can even be used to gain access to a phone's text messages and listen in on calls.
Read more here.
Posted by Spy vs Spy at 10:17 AM No comments: