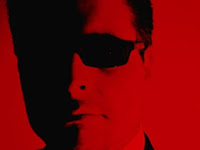 boston.com
The CIA isn’t supposed to brag about its successes, but it can take great pride in a Russian military court’s decision to sentence Aleksandr Poteyev in absentia to 25 years in prison. Poteyev, a former colonel in Russia’s Foreign Intelligence Service, tipped off the CIA in 1999 about 10 Russian sleeper agents who were planted in Cambridge, New York City, and northern Virginia to imitate plain-vanilla Americans and harvest information about US policy and weapons.

Thanks to the tip from double agent Poteyev, the FBI had the Russian sleeper operatives under surveillance from the start. “As a result,’’ a Russian military judge explained last week, “their work yielded few results.’’ The judge clearly made this observation to castigate a traitor and justify his harsh sentence. But he also made it clear why the 10 Russian agents rounded up last year were not charged with espionage in the United States. As it turns out, their trackers never let them get in position to acquire classified information.